Is it a recession or a depression? 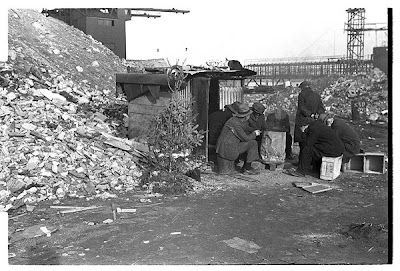 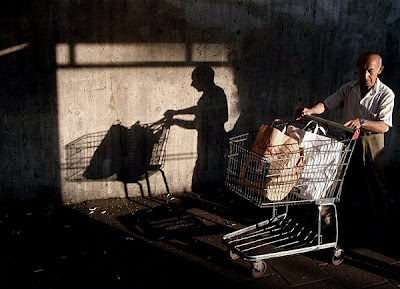 Photo © Ulf Fågelhammar, 2003
There is always something to learn from history. During The Great Depression of the 1930s the US Government hired some of the best photographers to document Americans in every part of the nation The collection holds some of the most famous documentary photographs ever produced.

But what is going on in the world today, some seventy years later? Are we facing a recession or a full depression. What about the role of photography in such an environment? I have no good answer to that. But in any case, it is something that can´t be ignored.

The World Bank has set up a web site about the financial crisis and "economists estimate a one percent decline in growth in developing countries pushes an additional 20 million people into poverty. And growth is expected to slow in developing countries at a greater rate than previously anticipated, because of financial turmoil worldwide." read full article here.
Labels: mrurbano recession or depression

Anonymous said…
Humanity growth is an illusion...it is all about goods...! Goods can help...but only if they are used wisely...!!! But 99% of cases....!
There is something wrong about our system of values...all over the places...!!!
I would really like to open an issue about ...what is wrong with our system of values...???.

br said…
it is a high-stakes robbery to enable consumer capitalism to churn out more "goods" that are "bads" for the earth. People say there has always been poverty but I maintain that a simple life is not poverty but respect for oneself and the material goods that are necessary. imho. : )
17:36

Anonymous said…
Dear Ulf, thank you and bravo for your sublime photographs and the choices which you make so well for 591.
I am really proud !