The world from above

How little this world is!

I'm living half way between Milan downtown and its larger airport, Malpensa. It's a strange day. I haven't heard a single aircraft preparing for landing or boosting its engines after take-off. The sky is so silent ... 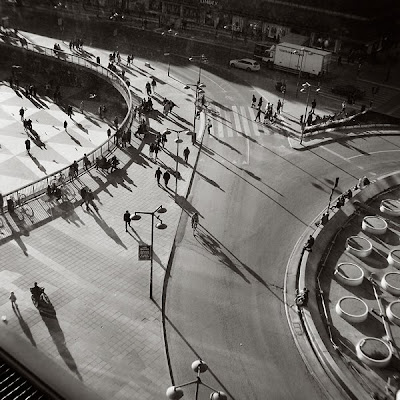 It was sufficient for Mother Earth to blow out some of her inner soul from an Icelandic volcano for stopping half (or one third, or one fourth, ... I can't say) of the human kind from flying around the northern hemisphere. If you want to see the world from above, today, you'd better climb one of our tallest building a cast your sight down. 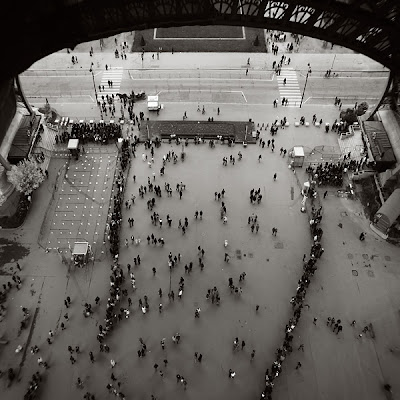 These days remind me those after Chernobyl disaster. It was the end of April 1986; I was about to finish the High School and get my graduation. I remember our teenagers' fatalistic attitude on the traditional picnic of May 1st. There was something above our heads that we weren't able to see. So it is today, in some extent, but it's actually quite different. I feel this volcano is trying to give us the chance to see the world once again with a different perspective and new questions to answer. What would the world be if we could no longer trust on these fast connections? Would the currently available technology be sufficient to overcome a momentary (or longer) absence of the skyways?

I'm also feeling envy. I was in Stockholm last Wednesday but my boss called me back to Milan, late at night. Soon after my take off, Arlanda airport was closed down. Those colleagues of mine that remained in Sweden one more day are now travelling by car across Europe, attempting to get back soon in Milan. Quite a unique chance, indeed, but ... none of them has a camera at his side!

Mr Urbano said…
Such great reflections and pictures Tiberio. Yes you were unlucky to get away from Stockholm last minute. You know that we were preparing the extra bed and looking forward to many days of photographic adventures ;)