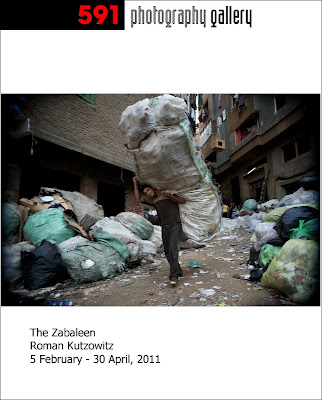 When Roman and I settled a date for this exhibition I could not imagine that Cairo would be the center of a poular uprising and the focus of news media all over the world. Watching the scenes from Tahrir Square in Cairo and elsewhere in Egypt has taught me a lot about the courage and dignity of the people of this country. The Zabaleen by Roman Kutzowitz is a remarkable story about the power and creativity of people living in one of the megacities of the world. - Mr Urbano 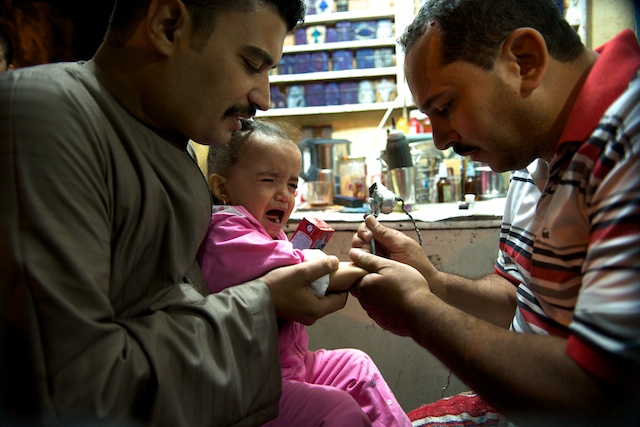 This Photosequence was produced in co-operation with the Zabaleen (Arabic: Garbage people) of the Neighborhood Al Moqatam in the squatter settlement Manschiyet Nasser, Cairo.
The Al Moqattam settlement (also known as Garbage City) houses most of Egypts Coptic christian community, who for the last 70-80 years have collected, sorted, recycled or reprocessed most of Cairo’s Garbage.


Though faced with a Poverty, Marginalisation, Poor hygenic and living conditions, the Zabaleen entrepeneurs have developed a highly efficient recycling process, recycling about 85 percent of the garbage in comparison to 20-25 percent most western companies recycle.
Since several NGOs have established community and enviromental projects in Al Moqattam, the situation is improving in some aspects and the Zabaleen have gained worldwide  recognition  for their creativity and resourcefulness. Necessity has given way for a social experiment  in self organisation without state control, but has also strengthened repressive norms. 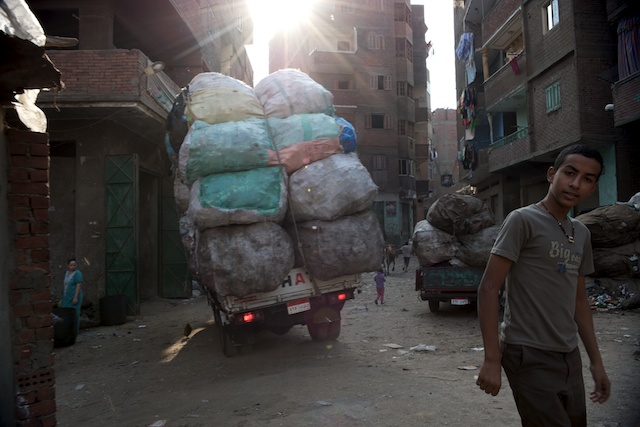 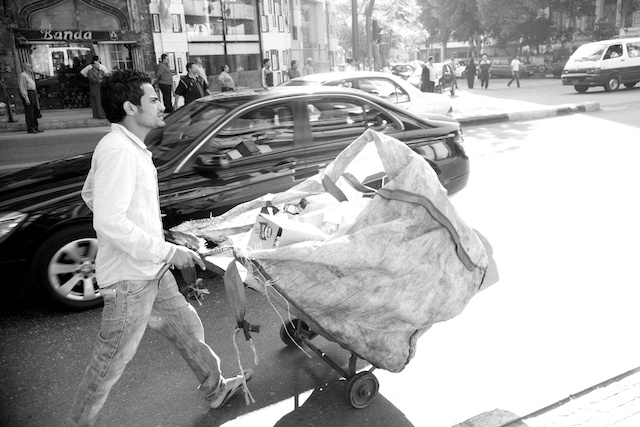 Roman Kutzowitz is a Documentary Photographer from Berlin, Germany currently travelling the globe seeking out  and being found by stories,images,fragments,people.
Educated at the University of Arts Berlin in Fine Arts Photography, Postcolonial studies, Art History and Critical Theory; graduating with a Masters in 2010 he's seeking out critical and experimental approaches to documentary photography.

Anonymous said…
Roman, please permit me to congratulate you on your excellent work. Cairo is my favorite city and you have done an outstanding job of documenting the Zabaleen. I will be returning to Cairo within the next couple of years. Hopefully the new government is in place and I can walk the city at ease, as in the past. Yours, Rick Bennett
21:25

Tiberio Fanti said…
This has been "timely and effective". Great documentary power.
00:15

Mikael said…
Very good work, strong and most interesting since I saw a documentary on Tv not so long ago about same people, how their impressive work was threaten from overseas companies that dumped price and used modern technology
10:23