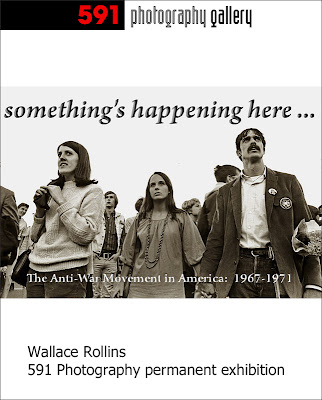 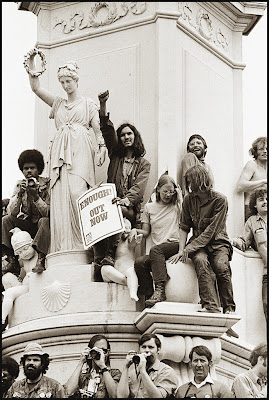 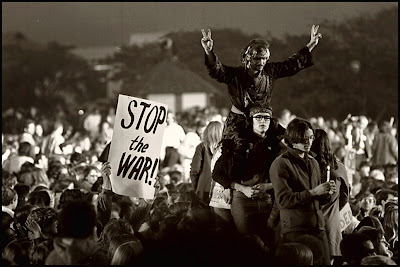 Many people believed the Vietnam War was illegal and immoral while others believed it was an attempt to retain Vietnam for the capitalist world. Either way, when massive bombing began in North Vietnam in 1965 the anti-war movement, initiated by college students, found its roots. It was the beginning of the hippie generation, the sexual revolution and the drug culture. With so many young men dying in Vietnam, protestors demanded to know why America was in Vietnam and why peace talks were failing. Some feel the anti-war movement had an impact on the length and outcome of the Vietnam War. Others believe it was a sign of a troubled society. However, the movement did leave its mark on an entire generation and its country. 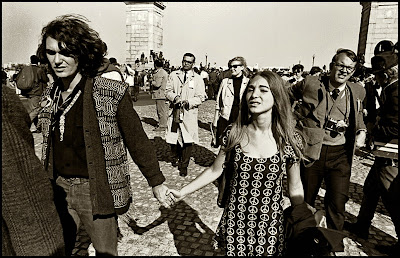 Wallace Rollins has been documenting American life for over 50 years. In 1967 he became a freelance photographer in and around Washington D.C. From this vantage point he was able to observe closely and photograph extensively the Vietnam War protests. In this photo essay Wallace offers his unique and powerful vision of the anti-war movement from 1967 - 1971. 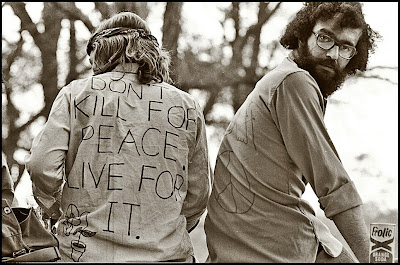 Mr Urbano said…
Yes, this is an excellent and important piece of work Wallace. I find it so interesting to look at all faces, their expression - imagining what they were thinking.
A valuable contribution to our permanent collection of exhibitions!
06:20

Michael Kirchoff said…
Incredible time in the history of America. I was but a child, but am continually fascinated by the events and passion of the people involved! A wonderful choice for permanent exhibition!
19:16

Mikael said…
An important document of the American history as much of your work is Wallace, I always enjoy watching your great work and now I and everyone else can see it over and over again here on 591, many thanks for that!!!
17:35

Simon Johansson said…
Thanks! There are some excellent shots here (my favourite is the guy up in the statue). Overall very good collection of "time stamps". Great work!
17:12