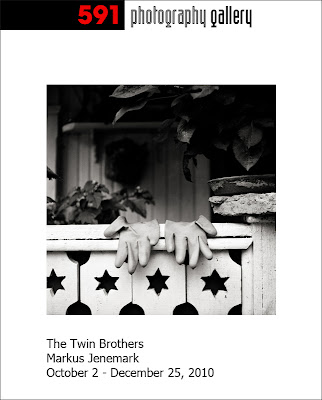 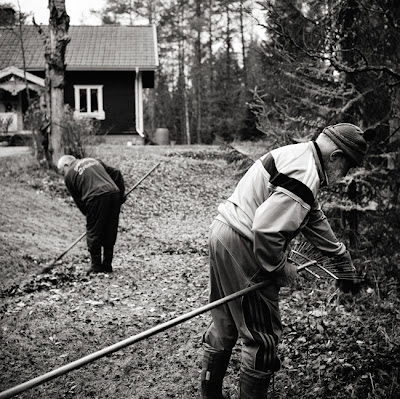 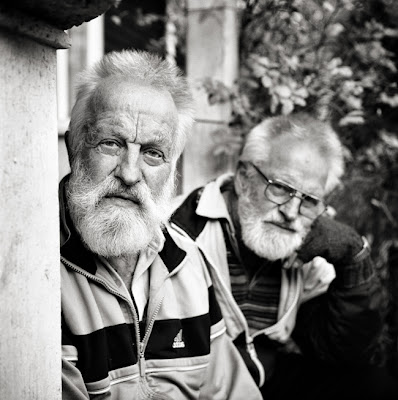 Arne and John are identical twins, aged 80, who live in a small red house in the outskirts of Tiveden, a National Park in southern Sweden. I first met these brothers on a book shop opening in Hjo two years ago, and my idea of a photo project about them started to grow.


A couple of weeks later I called them but they said that I had to contact them a later date since the Olympic Games had started. And so I had to wait a few weeks. During these last two years I have visited Arne and John several times. 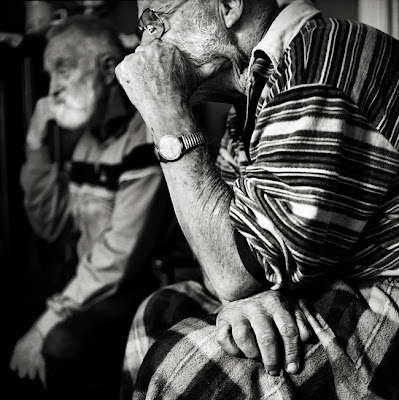 From conversations and from spending time together photographing them in their everyday life I have come close to the brothers. These two artistic brothers write and paint and are vegetarians since the 1940s. There have never been any women in Arne and John's lives and they are extremely interested in sports. They do archery themselves and when they were younger they practiced track and field and tennis.

All the photos are published in a booklet (Swedish text) that you may purchase - price is 100 SEK. In this second edition you'll also find comments that Arne has written about each photo.
If you are interested e-mail me at: mjenemark@hotmail.com
Labels: 591Exhibition Markus Jenemark

Mr Urbano said…
It is a unique story that you have visualized in an excellent series of photos.
07:29

Mikael said…
Very good Marcus, a piece of life and a piece of Swedish countryside well combined together
10:17