In Memory of Goran Popovic Coga 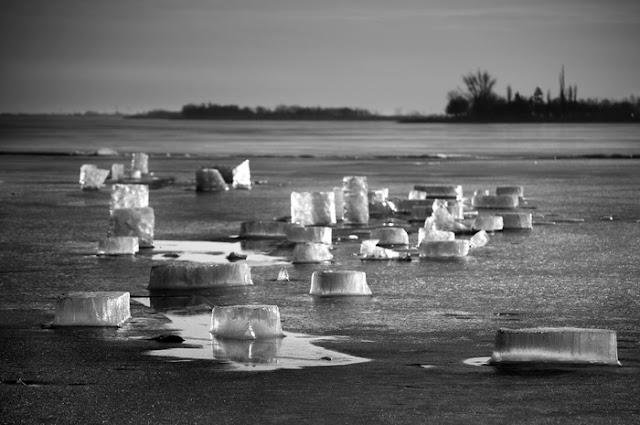 This post on 591 Photography is difficult and heartbreaking to put up. It was devastating to learn that Goran is no longer with us:

"Goran Popovic Coga was born on 26 November 1964 and died of severe pneumonia on 4 October 2012 -  he was just 47 years of age. His death was unexpected and all the more tragic because it could have been prevented.  At the time of his death Goran was happy and looking forward to the future."
Maxine Watts 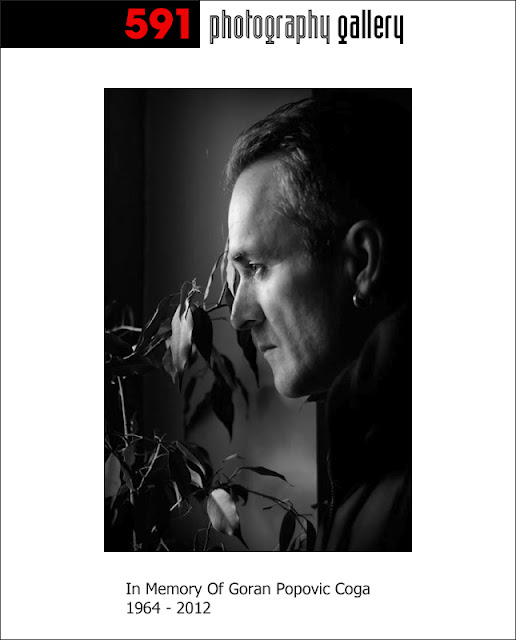 Goran was an important contributor to the 591 community of photographers and lovers of photography. He was one of the first to hold an online exhibition here (2009). I wrote in the introduction "Goran Popovic's pictures are dark and there is an atmosphere of foreboding ...but the people he depicts are there to break the ice, to challenge the silence and the decay. There is a very special mood in his photos that makes me listen to him. Take your time when exploring his visual landscape. It will be worth the effort."

Goran often referred to this quote: "If we value so highly the dignity of life, how can we not also value the dignity of death? No death may be called futile."

It was written by Yukio Mishima and it is from "The Samurai Ethic and Modern Japan" and it was a commentary about "Hagurae" written by a famous Samurai called Yamamoto Tsunetomo (1659 –1719).

"No death may be called futile"...we have lost a great photographer, a great man. Let us show our respect to him in every way we can. My small contribution is the exhibition that you can watch here with 45 pictures by Goran. They are from photos he has sent to me during the last four years.
Ulf Fågelhammar 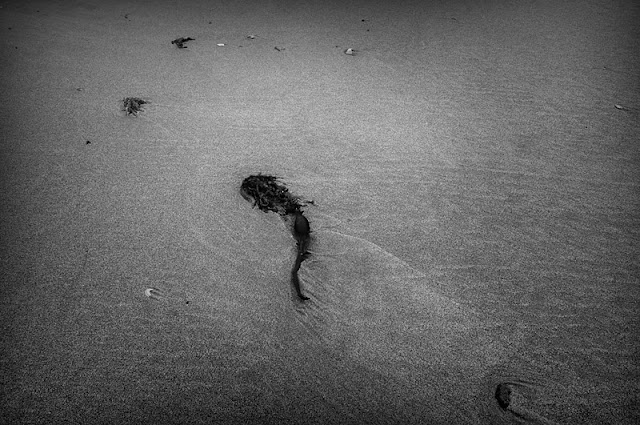 
Maxine is preparing a tribute to Goran and I hope she can find peace in mind to arrange it. This is an excerpt from a text she is working on:

"Goran was a compassionate man: loyal, patient and unselfish. He made us feel special. He was a generous man who provided comfort and support unobtrusively, and always with veritable humour. He helped so many people, artistically, technically and on a personal level. He was, to use an often misused word, “unique”.

This is Goran’s signature:

To be able to tune out, to be alone in populated areas is a mannerism
of unique people. Walking, long and patient walking, standing under
the rain, waiting, capturing the moments...

Dare to dream. Approach people and objects without a mask, discover
their true essence without devotion, not allowing yourself to
surrender to an easily evident and poorly nourishing truth. Go beyond
the surface of it all, conquering any fears arising under the dark and
heavy skies.

I see Photography as an externalization of soulscapes: streets, clouds
above the cities, endless captured personifications of their inner
selves. Absorbing, inhaling, observing people, buildings and objects
and subjecting them to alchemy...talking about the silence, about
whispers... The romance and the record of a moment in time. Passion
can be seen through the lens.

We live in a Modern world in which intimacy is devastated and politics
are omnipresent and omnipotent. It is killing with silence and
whispers the cradle of all beginnings: freedom. Dare to dream..." 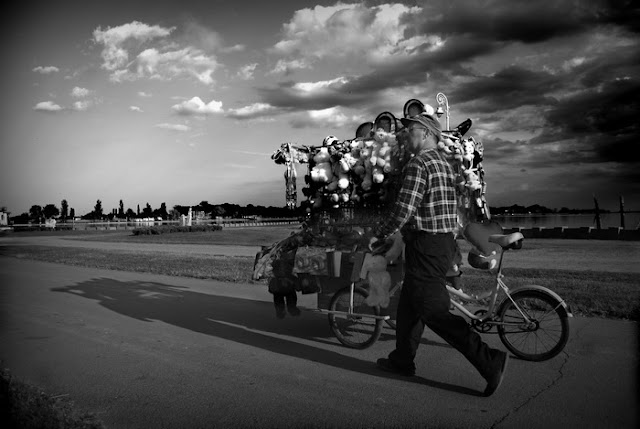 Vale said…
Wow! I didn't know :( so sad, we wrote each other a email, I was telling about my trip to Serbia. He was so friendly.

Mikael said…
Yes Goran was very friendly and Im sad to hear this. My deepest condolences to his family
08:08

Rhonda said…
Sad news...condolences to his friends and family!
16:17