Zoltán Balogh First part - Living on the edge of the society

I would like to introduce you to an excellent photographer from Hungary. His social sensitivity, versatility and consistently conscious theme choice brought him both international and national success. Pay close attention to Balogh Zoltán’s photos in the two themes, but be sure to slow down a bit in order to have an intense experience. He is not only making the pictures, but during his work he always assimilates with the environment, making all his photographs perfectly authentic and humanizing.

Through the author’s personal lines and photos we get a closer look at people who live with social disadvantages and difficult fates.
- Anita Balogh 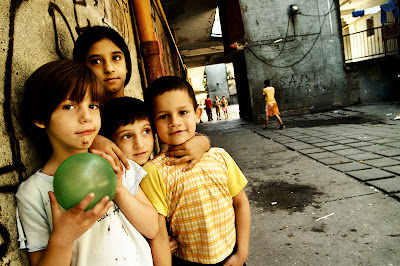 Kids playing in the court of the well known Illatos street ghetto.This place is a segregated place near downtown Budapest. Mostly inhabited by poor Roma families who do not pay rent and criminals who like to hide from the police. Budapest, 2007 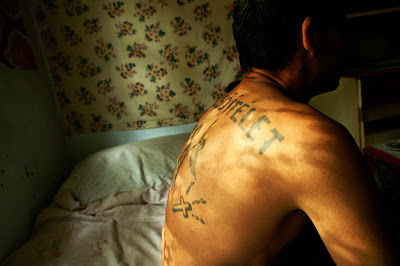 Mr Lakatos just came out from the prison because of theft and shows me his tattoo on his back in the Illatos street gettho.Budapest,2007 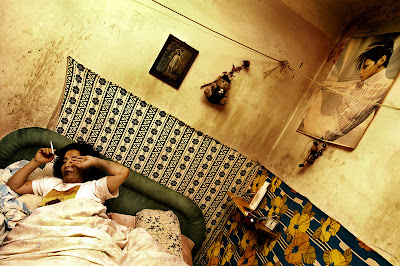 Woman getting up and smoking in the bed in the room of the Illatos street ghetto.They live together with 10 people in a small flat without their own bathroom and kitchen. Budapest,2007 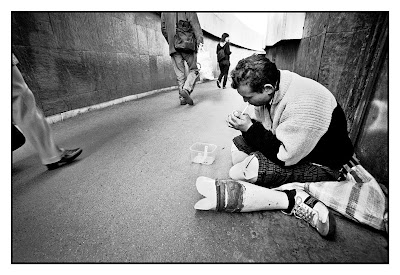 Begger strikes a cigarette in the Déli railway station.He lost his leg in a train accident and now he has to sit begging in the underpass of a big station.Budapest, Déli raiway station, 2007 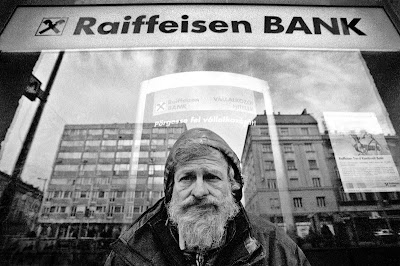 Homeless man sits in front of a bank in the downtown of Budapest. Because of the world economical crisis and the currency rates many families had to move to the street after they lost their homes in Hungary.Budapest, József circuit , 2008 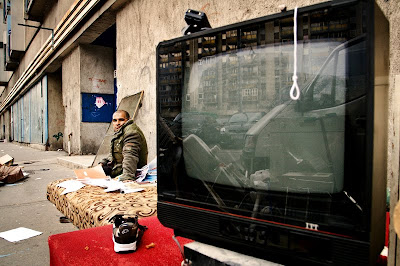 Public clean out in the heart of the well known 8th district. All the good places are reserved by the clean-up people waiting for the rubbish sometimes many days before.These people mainly come from the poor countryside of Hungary and hope to get some metal,nantiques,nold furniture or technical articles.nBudapest,Szigony street, 2009 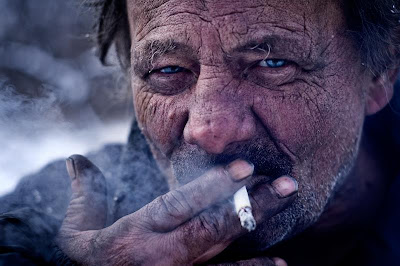 Balu, a homeless man smokes a cigarette.He lives with 4 pople in a litlle shed in the Csepel forest near Budapest downtown.He lived here for 12 years. His pores are full with the smoke of the stove .They need to keep to stay alive.Budapest,Csepel,2012

Anti,a homeless man,has to live in a concrete hole in the middle of a strawberry field on the side of the Csepel forest. He said the tree was crying after he cut the limb for firewood and he showed me the icicles. Budapest,Csepel,2012

mrurbano said…
Such an important work with great photographic quality - I am glad to find this on 591. Many thanks Zoltán and Anita!
20:26

Balogh Zoltán said…
Thank you so much for the nice welcome!
18:27