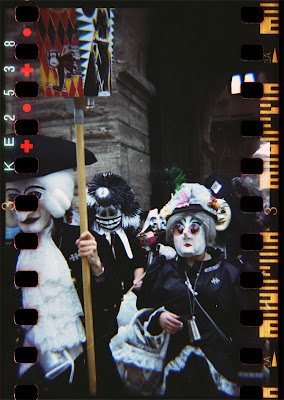 The Carnival of Basel (German: Basler Fasnacht) is the biggest carnival in Switzerland and takes place annually between February and March in Basel. 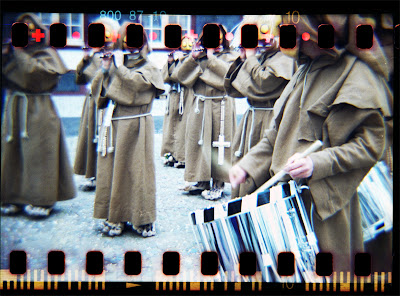 The Basler Fasnacht starts on the Monday after Ash Wednesday at precisely 4:00 am with the so-called Morgestraich. The carnival lasts for exactly 72 hours and, therefore, ends on Thursday morning at 4:00 am. During this time the Fasnächtler (the participants) dominate the old town of central Basel, running free in the streets and restaurants. Basler Fasnacht is often referred to as die drey scheenschte Dääg ("the three most beautiful days"). 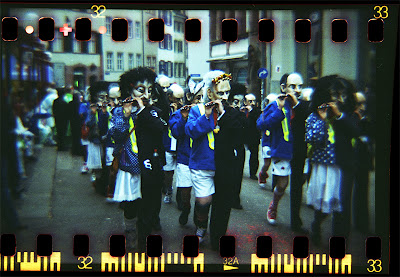 The approximately 18,000 active Fasnächtler are dressed up in a wide variety of costume designs, including a mask known as a Larve. Members of the various Cliques wear uniform costumes that fit a specific theme, except for during Morgestraich and Fasnacht Tuesday. It is very common for costumes to represent famous persons, such as politicians, or even comic characters or animals. There are also more traditional masks that are reminiscent of Napoleonic soldiers, harlequins (Harlekin) and the famous Waggis. 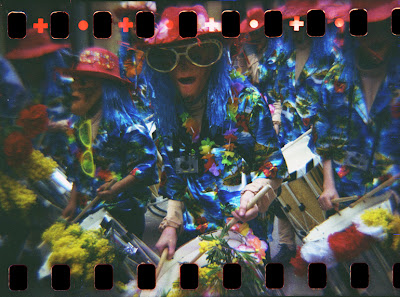 Most of the groups choose a Sujet (French: theme) for the Fasnacht. These Sujets usually refer to recent events and are presented in a sarcastic manner. These Sujets can be seen on lanterns during Morgenstreich and in the costumes worn by Clique members during the Cortège. Most Cliques also distribute Zeedel (flyers containing ironic verse). 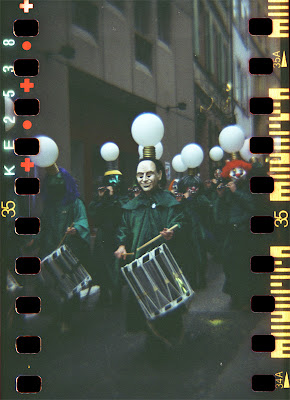 One of the oldest formations are the Cliques, who march through the old town playing the piccolo and basler drum. A Clique usually consists of a Vortrab (vanguard), the Pfeifer (pipers), the Tambourmajor (drum major) and the Tambouren (drummers). 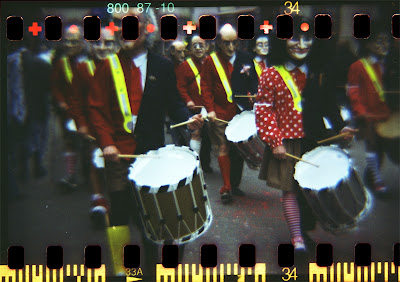 Marching brass bands playing Guggenmusik are another formation present during Carnival. These Gugge will not participate on Morgestreich, but only at Cortège on Monday, Wednesday, the evenings and especially on Tuesday night when they hold their Gugge-Concerts.
There are also many non-Clique individuals and small groups known as Schyssdräggziigli who wander through the streets. As the Cliques, they play music with piccolo and drums.

You are welcome tomorrow Monday at precisely 4:00 am to the Morgestraich.

mrurbano said…
I love the way you present this story in pictures and words - great job Walter
10:14

Werner Friedli said…
This comment has been removed by the author.
11:25

Martina said…
I would really like to come tomorrow morning, but alas .. I have to go to work.
This was an interesting story and the photographs transport the atmosphere very well - I think since I have never been there ;-). But I always find it a little bit menacing and looming. Totally different from the Rose Monday parade and the Fassenacht in Mainz - even if we always have Guggemusik from Switzerland as guests.
12:35

Eva Centergren said…
Ah! Fastnacht! Been there many times, since my son lives in Basel. Made me so home sick for Basel! The pictures made me smile remembering standing there 4 am in the morning when the town is dark, and then on a given "signal" the town lit up, and the different bands starts playing and marching. Organized chaos! :-)
I have always wonder how they could tidy up all those confetti's from the streets when the fastnacht is over. :-)
Eva
15:05