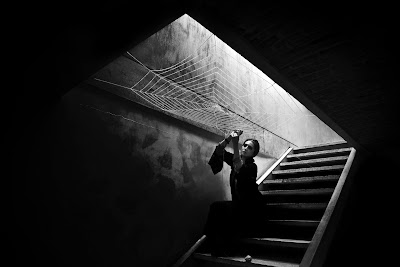 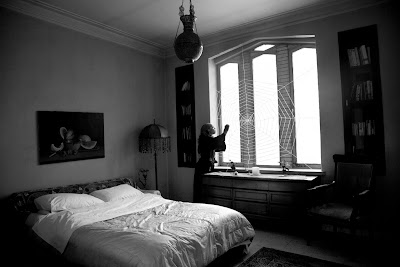 Miss Butterfly as is going to meet the sun, looking for a way out and reaching for the light becomes captive in spider’s web. The spider moved by compassion after observing all the grace and delicacy in Miss Butterfly, comes to an agreement with her. She is supposed to bring one of the insects from the dark cellar and ties it up in spider’s web for him. Instead the spider is going to lead her to the way out and to the light. But after hearing the insects’ stories the Miss Butterfly feels pity for them and eventually returns to the spider empty handed with injured wings and makes herself captive in the web to be the spider’s food.
Knowing the truth, the spider sets the Miss Butterfly free and shows her the way out to meet the sun. The Miss Butterfly recalls all the other insects in the cellar to share her freedom with them but she gets no response. She who is so frustrated by their reaction wide opens her weary wings and flies toward the sun.
Behzad Nejadghanbar 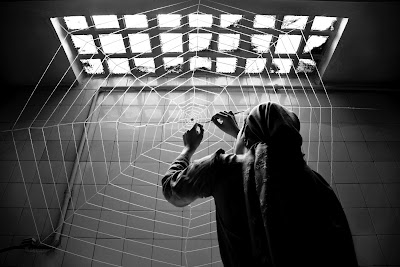 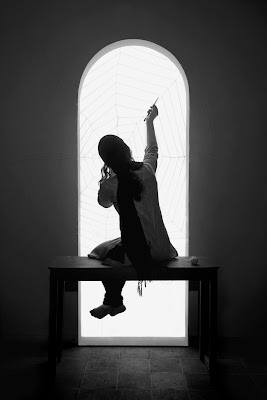 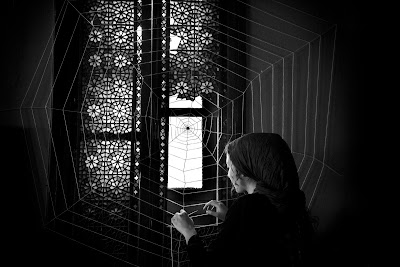 Shadi Ghadirian was born in 1974 in Tehran where she now lives and works. She studied at an Iranian university where she got a B.A in photography.
Since 1999 she has had many exhibitions both in Iran and abroad, among which are- Regards Persans at Espace Electra in Paris in 2001, San Jose Museum of Art, New York in 2004, The House of World Cultures, Berlin in 2004, Photo Biennale of Moscow in 2004, Western looked by Eastern, CCCB, Barcelona, and Word into Art : Artists of the Modern Middle East, The British Museum, London.Since 2004 she has participated with the Silk Road Gallery in major art fairs in Paris, San Sebastian, London, Madrid and Abu Dhabi.Her works are in both private and public collections such as the Mumok in Vienna, Centre Georges Pompidou in Paris and The British Museum in London. 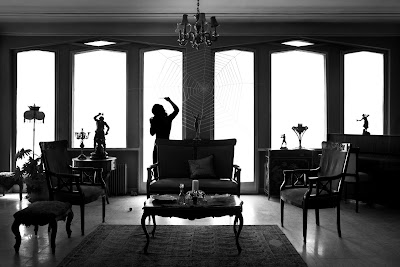 The work of Shadi Ghadirian is truly excellent giving an indication that photography is alive and healthy in Iran. The exhibition "Miss Butterfly" can be seen at Silk Road Gallery in Tehran 23 April - 22 May.
Website: www.silkroadphoto.com