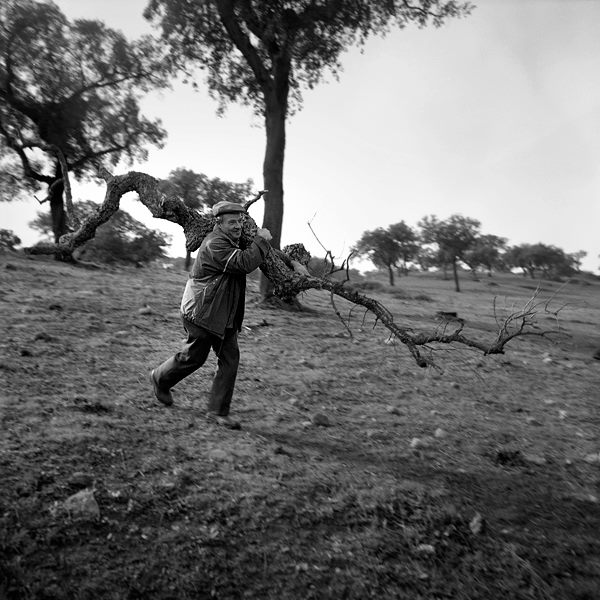 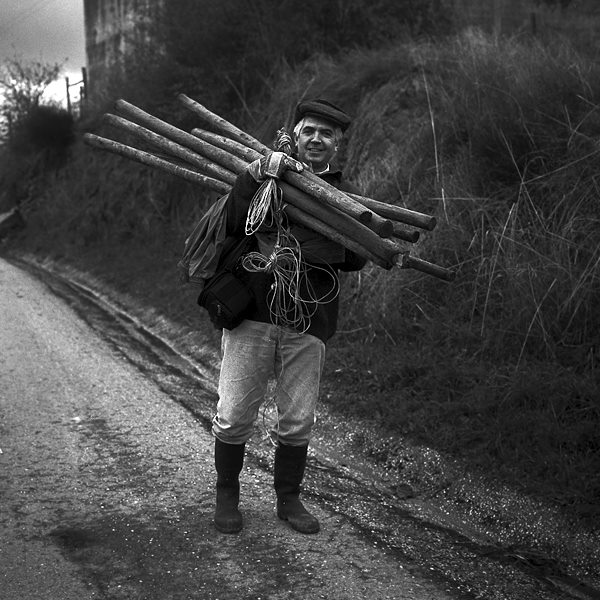 The Log of Infant Jesus is a millenarian tradition that's still alive, in this bleach of the 3rd milenium, in many places in the country-side and in all parishes of Idanha-a-Nova, as the presented photos, taken in December 2005 in Proença-a-Velha, are a good example.

Log, strump, trunk, andiron, "galheiro", fire, or simply Christmas fire, are names by which continue to be known in Portugal these vestiges of sacred rituals, that in antiquity were made in Winter solstice, when our ancestors lit fires in homage and prayer to the Sun, so it shine again strong and sovereign, after a period where cold, blackout and darknesses seemed to toke care of nature.

Pagan rituals that survived several centuries of social, religious and political transformations, and that still last today, in these borderer lands, in a full integration with christian rituals and traditions, as if they originate from it! 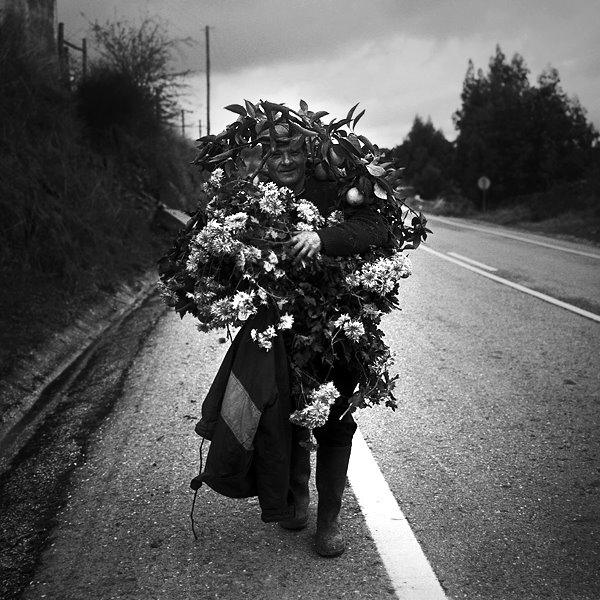 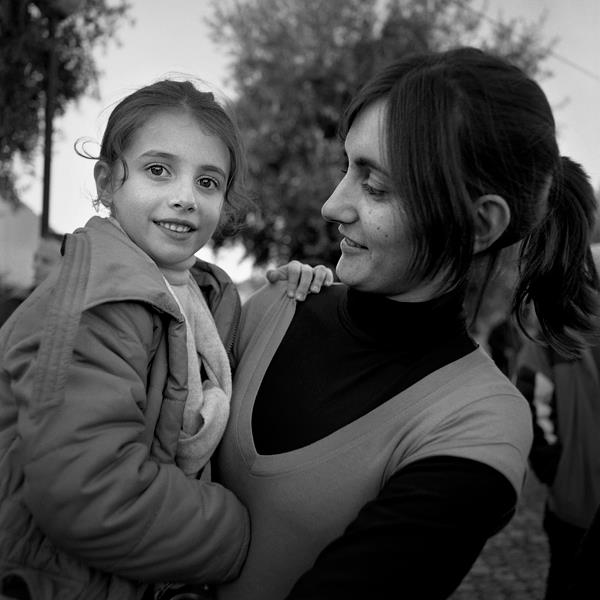 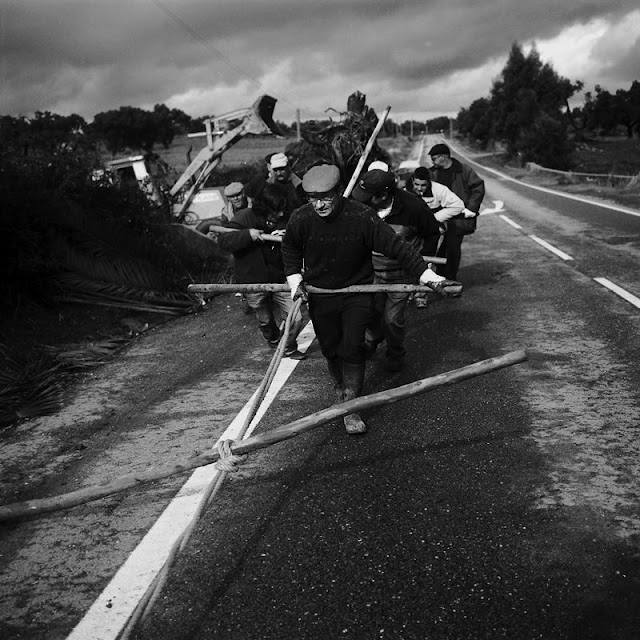 Pagan rituals that survived several centuries of social, religious and political transformations, and that still last today, in these borderer lands, in a full integration with christian rituals and traditions, as if they originate from it!

It's on Christmas Eve, in the night of Christmas supper, that the Log is lighted, so that the just-born God (the Sun of primitive peoples, Jesus of actual Christians), can be heated in this cold and frozen night, while young boys, around the fire or scouring the village streets, celebrate and sing hymns in Its glory!

But, if it's true that's in the night of 24th that the old Log is lighten, that it should light until New Year's Eve, this is not, however, the Day of the Log! In the great majority of these villages the Day of the Log it's the 8th of December, the day where ceremoniously it enters the village, with people adhering in an enthusiastic form, applauding and celebrating its passage, incorporating and participating, as if this was a procession! 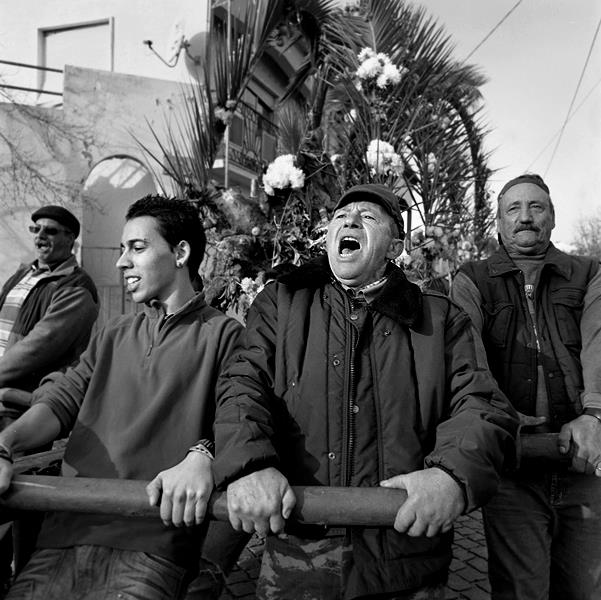 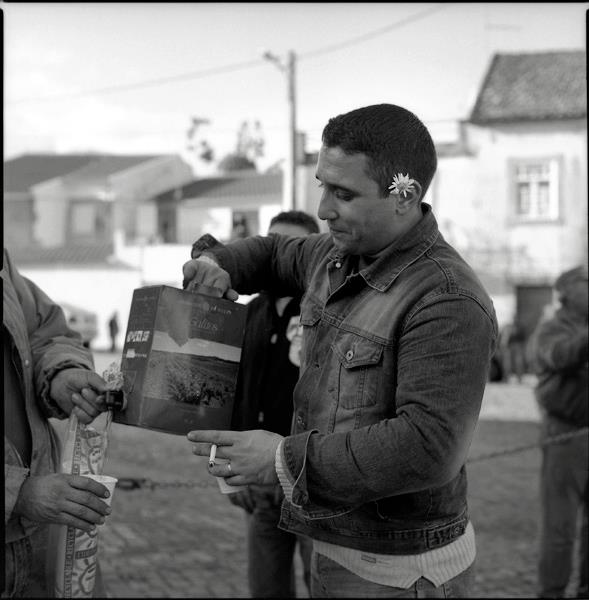 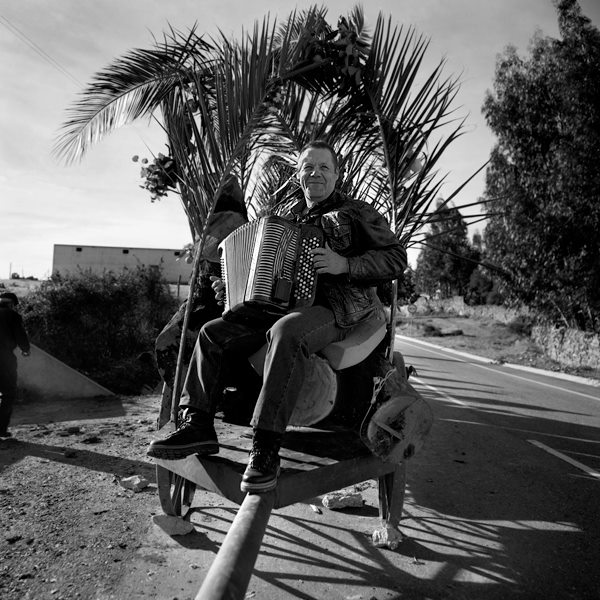 The entire population participates, but the organization of the Log belongs, according to tradition, to the single boys, young men of "lucks", those that in that year give their name to join the national troop! And, if is in troop that boys became men, as today people still say, we're here, without a doubt, in presence of an iniciation ritual, a fire and force proof of these "influents" of the Log, as they are called in Proença, in their passage to the group of men! Rituals of other ritual.

In this forgotten and desert interior, due to the lack of "lucks" boys, the oldest assume the organisation responsibility, so that the ritual is kept and tradition persists! 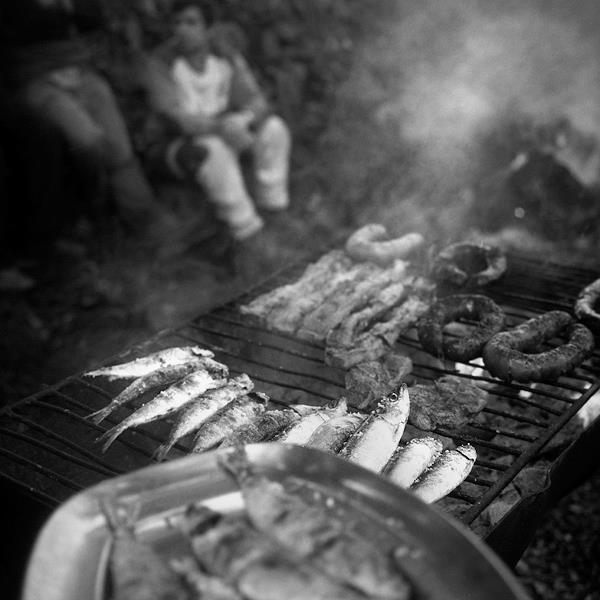 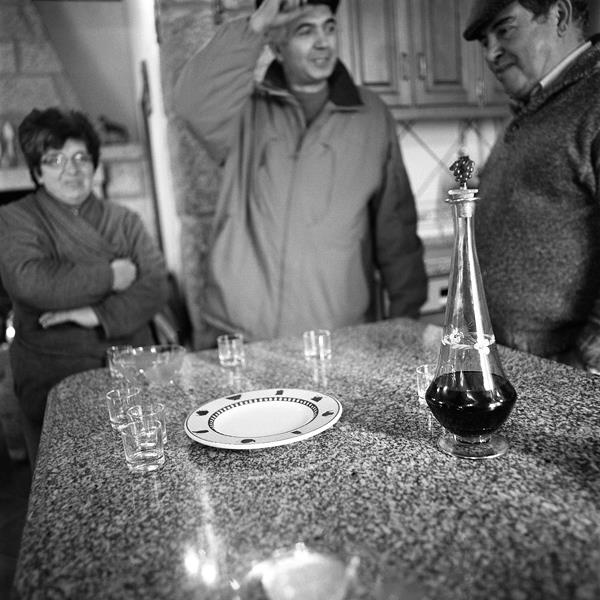 "Festum Osirid Nati" in old Egipt, "Wakening of Melqarth" in old Phenitia, "Natalis Solis invicti" in old Rome, are the ancestors of our actual "Log", as also are the "Ceppo" of Italy, the "Tréfoir" of France, the "Yule Clog" of England, or the Christmas fires of Letonia! The fire, the heat and the light of men, as an homage to fire, heat and Celestial light!