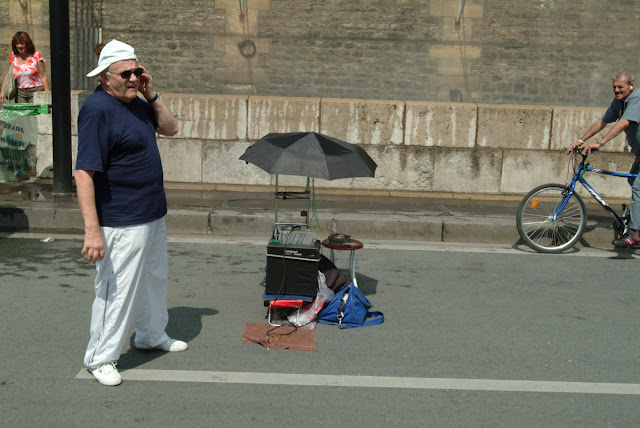 This project is a visual essay about street life in Paris as I have witnessed it after spending many hours exploring on foot over the past 5 years.
Paris is a city that has probably been photographed more than any other place in the world. Thus, my main goal at the outset of this project was photographing Parisian street life in a way that was different from what had already been done by the great photographers of the 40s and 50s like Cartier-Bresson, Doisneau, and Kertesz just to name a few. At the outset, this project had no particular theme, or concept. It began five years ago when I moved to Paris and was eager to visually explore the city with my camera in color. I began taking long walks in the city, always on the look out for people, shapes, colors and patterns that caught my attention. I still work this way with no real preconceived notion of what I will find, where, and at what time of the day. This is the most pure and exciting form of photography, but probably the most difficult as well. 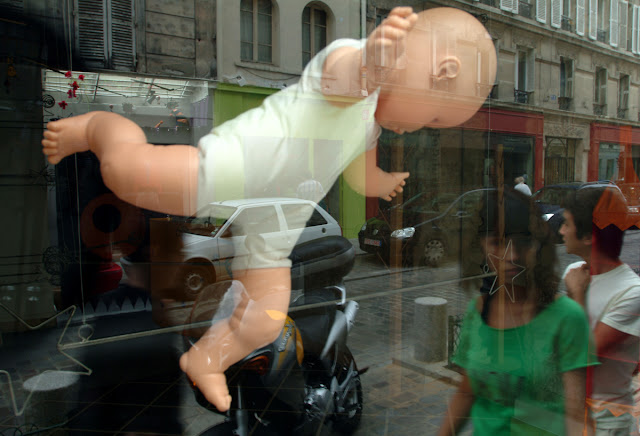 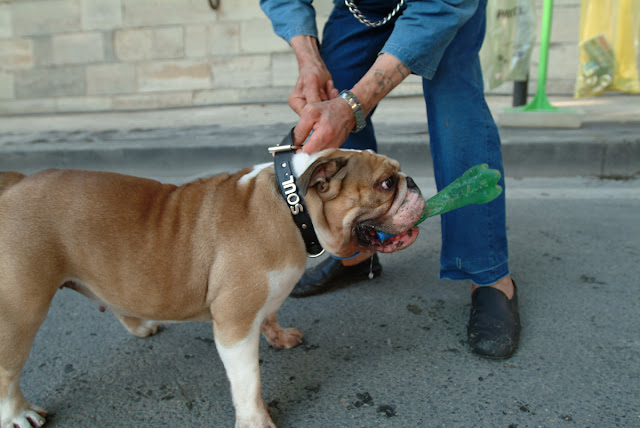 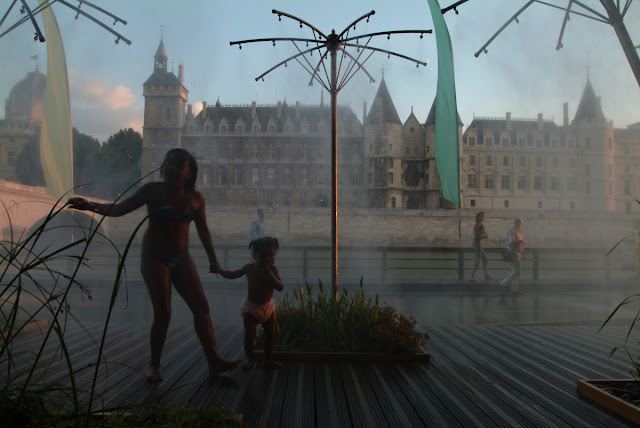 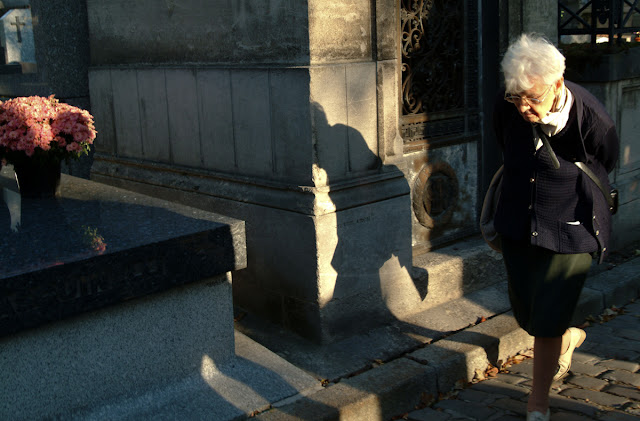 After having worked on this project for several years, I am just now beginning to notice themes that bring the work together in a coherent form. At one basic level, I am eager to say that Paris is indeed a place that can be seen in color, a notion that is in radical contrast to the works of the photographers mentioned above. At another more complex level, I have come to recognize that Parisian street life is a curious, often disorganized mix of sporadic moments in places that seem to contradict one another. As an example, we have many cliché images of Paris in our minds. One iconic symbol of Paris is the Eiffel Tower. It looms over the city of beautiful architecture, top fashion, and refined cuisine. One of my favorite images contrasts this symbol with an illegal Senegalese immigrant who is selling Eiffel Tower key chains on the Trocadero esplanade to comparatively wealthy tourists from around the world. The Eiffel Tower is lighted blue and decorated with the stars of the European Union, signifying France’s presidency in 2008. Ultimately I have come to enjoy searching for these kinds of special moments that document, deconstruct, and pose questions in a single image.
My ultimate goal for this project is to produce a book and exhibition(s). I feel that it illustrates Paris in a way that will deeply touch Parisians and also those who are open and interested in seeing Paris in a different context.
- David Bacher 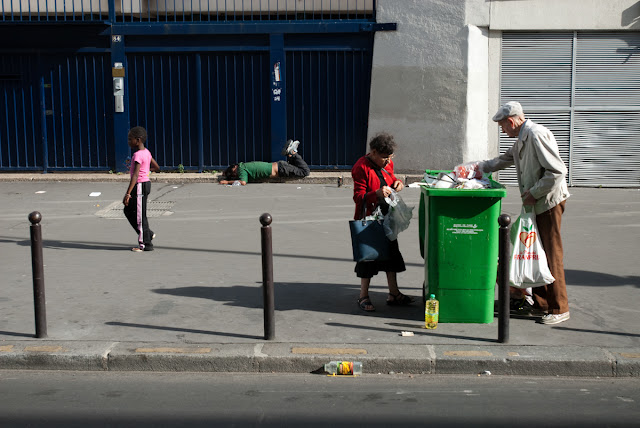 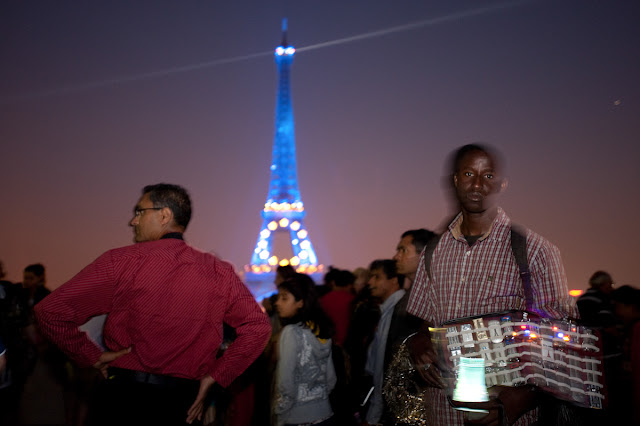 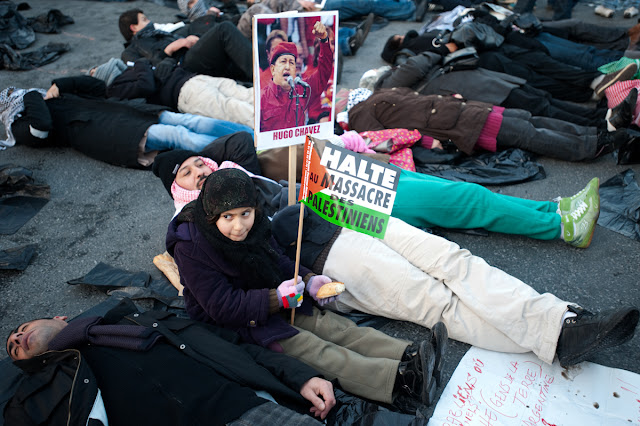 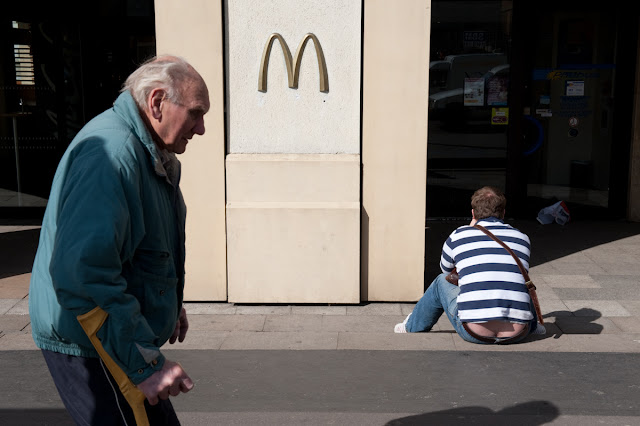 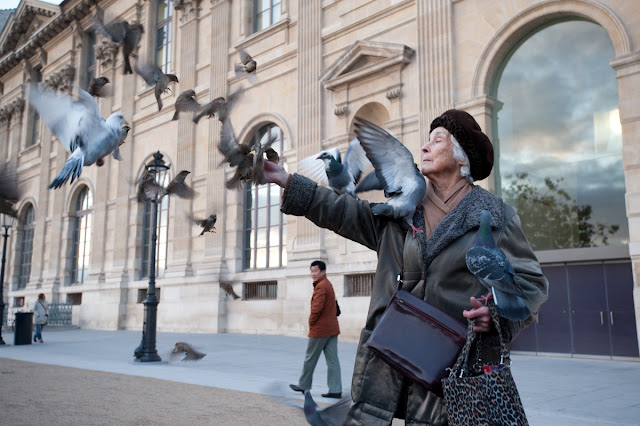 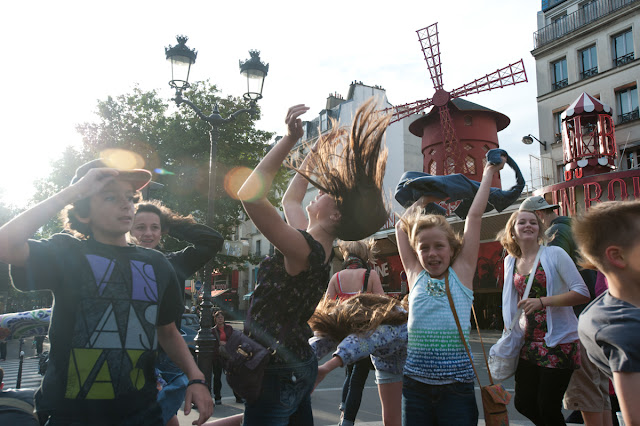 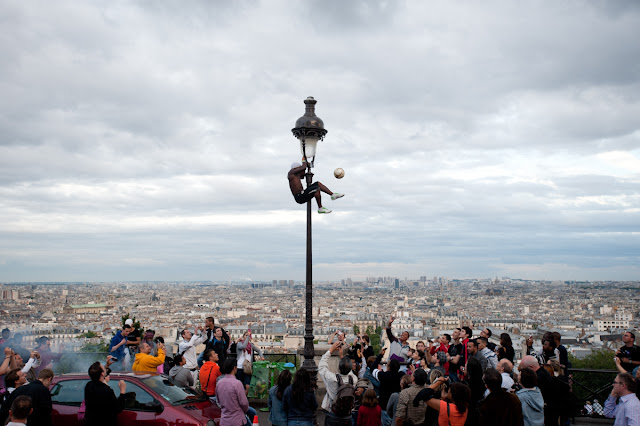