Familia is the second series that 591 presents from Marta Soul a Spanish photographer who has been founding member of collective NOPHOTO.

"One of the eldest trends in photography consists of representing families frontally, standing at their main room. I have used this plastic tradition to frontally approach the concept of family. However, I have taken some liberties. I have chosen potential exemplars of the category of family. In deed, I have moved one step beyond. I am proposing groups of people that, even though they are real on their own, they take a new meaning as members of the family within my picture."

(click on the pictures to see a better larger size) 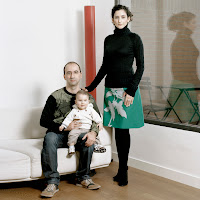 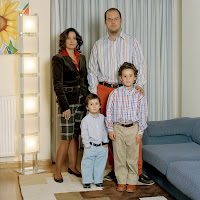 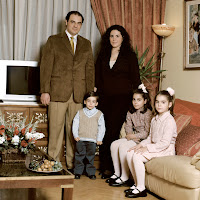 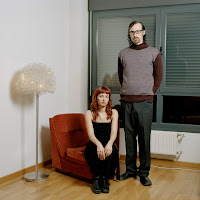 "This way, my series achieves a double effect of visual and conceptual questioning. First of all, this is so because I share with the viewers some questions about the edges of the concept of family: two men in one picture and five women in a different one; western looking parents with an eastern looking daughter in one picture and eastern looking parents with a blond haired son… Furthermore, the very title of the series (‘games’) makes it clear that I am proposing a reinterpretation of the veracity of these figures to a more concrete level." 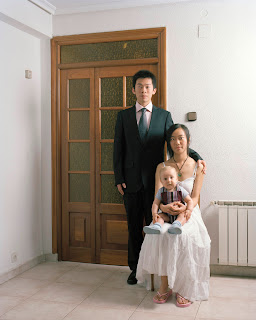 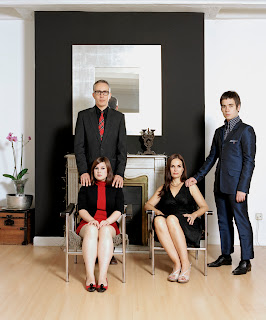 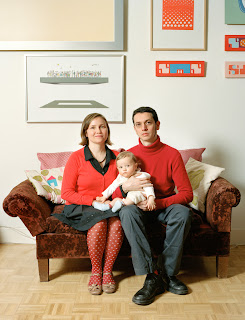 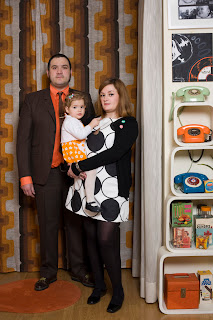 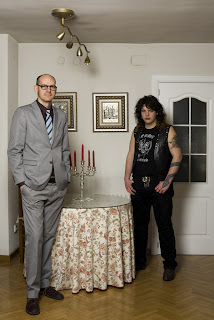 "Do these people actually live together or they are nothing but a pictorial recreation? Obviously, it does not make sense to know the ‘actual truth’ about this question if one adopts a sufficiently rich and flexible approach to the concept of family. The current settings of the idea of family seem to be changing more rapidly than they seemed to be changing in past times. In fact, one individual faces the emergence and transformation of her own social roles within her own development: new parents, new sons, new sisters and, of course, new wives and husbands." 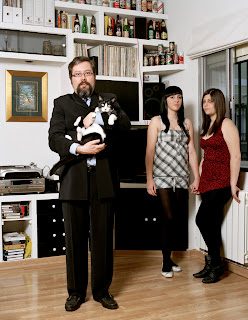 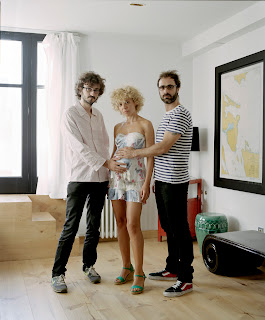 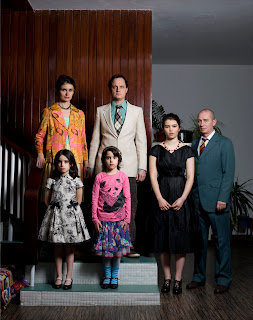 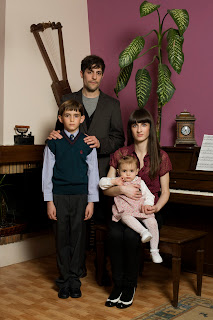 "Our own skill to accept and incorporate new roles is critical in order to achieve a new natural ‘us’. The image of two fathers putting their hand on the belly of a new mother is an obvious part of this challenge. But assimilating a traditional picture of a classical Spanish family might also constitute a challenge for young and more independent viewers. Of course, everyone is free to assume that a family can only be composed by a father, a mother and one or more biological children. In fact, the most accurate definition of the concept of family has been source of a considerable ideological debate.
But this debate has been fundamentally based on written texts, ultimately laws and norms. ‘Familia Games’ does not incorporate verbal arguments to this debate. Rather, it places the viewer before new and classical exemplars, real or fictional, of a concept of growing complexity. Thus, the series aims at providing a visual richness that goes beyond the textual information. In deed, the idea is not only to revisit and expand an important cultural concept, but to review an alive tradition: photographing families." 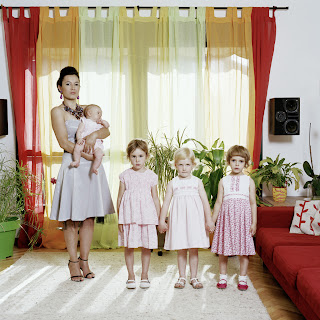 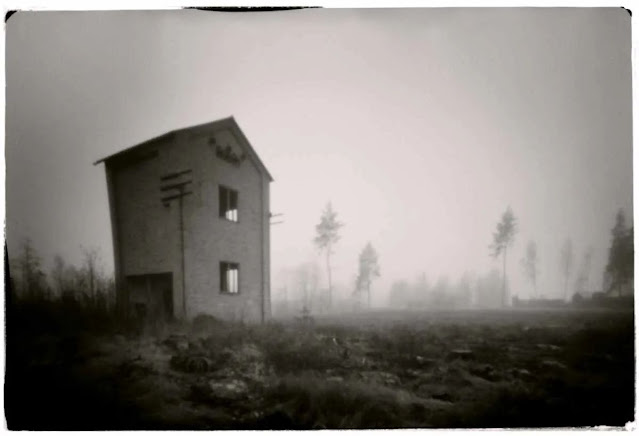