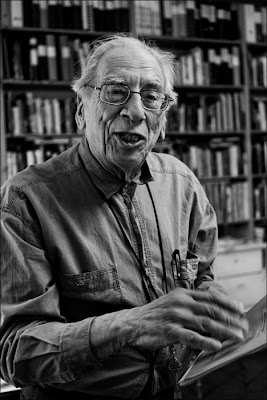 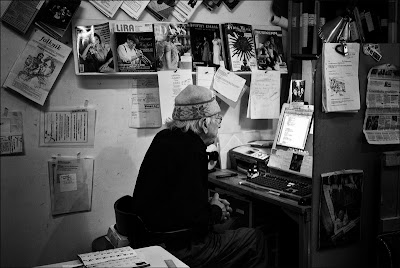 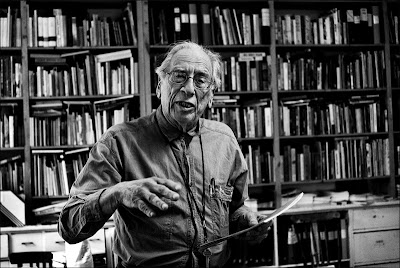 Izzy Young is a great character that I first met in the 1970's at his store in Roslagsgatan. So good to see these pictures taken by Krister Kleréus a couple of weeks ago. - Mr Urbano
About Izzy (from wiki) - Israel Goodman Young or Izzy Young (born 26 March 1928) is a noted figure in the world of folk music, both in America and Sweden. He is the former owner of the Folklore Center in Greenwich Village, New York, and since 1973, he has owned and operated the Folklore Centrum store in Stockholm.
Bob Dylan relates in his memoirs, Chronicles, how he spent time at the Center, where Young allowed him to sit in the backroom of the store, listening to folk music records and reading books. Dylan met Dave Van Ronk in the store, and Young produced Dylan's first concert at Carnegie Chapter Hall in 1961.Dylan wrote a song about the store and Young, "Talking Folklore Center".

More about Izzy Young on 591 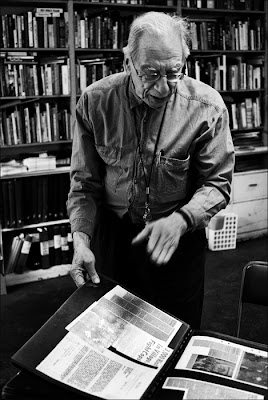 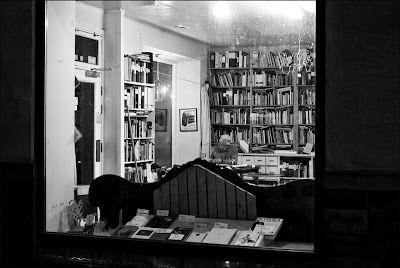 Anonymous said…
Izzy's a character and deserves to be well remembered. Cheers.
10:58

Fiddlergene said…
Wonderful to see photos of Izzy. When I was a college student in the '60's I would often hang out at the Folklore Center on Macdougal Street in Greenwich Village.
16:01 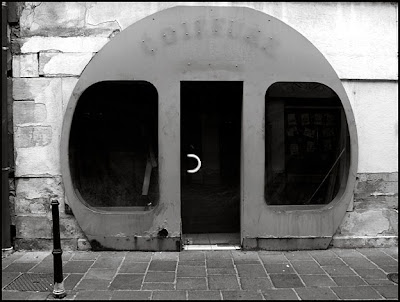