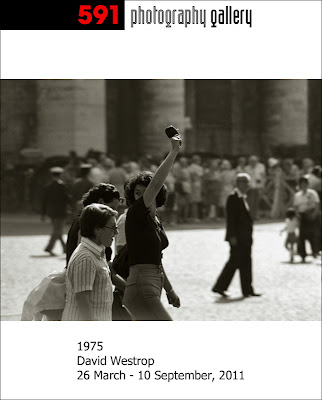 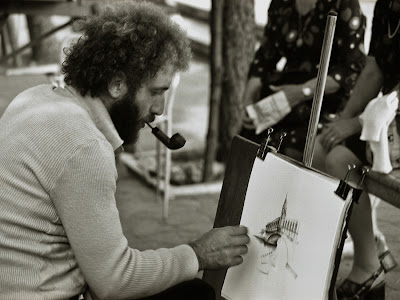 Microsoft is founded
The year 1975
Was a year of the Gregorian calendar. A period of time during which the planet Earth made one complete revolution around the Sun. 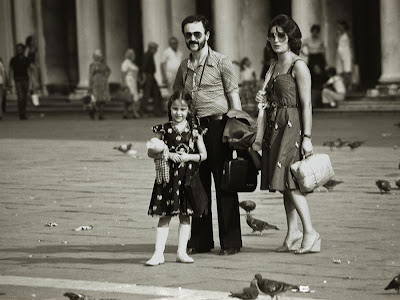 Angelina Jolie and David Beckham are born
This series of images combine photos taken in the Piazza San Marco, Venice in 1975, with captions highlighting an event from that year. Even though a wide range of events take place during a single year, we often only remember a very select few. It is usually only our own personal experiences that stay with us and that we preserve with photographs.
Text, photos © David Westrop 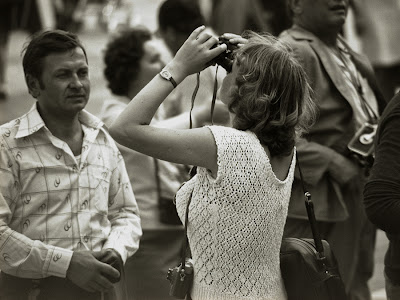 US and USSR spacecraft link in orbit above earth
David says : "I discovered the world through the camera and eventually realized there was more to a photographic image than just a simple representation of what I saw through the viewfinder."
David Westrop´s way of presenting these images to us from Venice in 1975 is quite genial - isn´t this about the essence of photography? I like that all the pictures are from a defined place that many people know; Piazza San Marco. The tourists and people of the square are probably aware of some of the things happening in their time. Many things are unknown to them. David makes them look human, innocent in a way. It is a memorable series. - Mr Urbano
Labels: 591Exhibition David Westrop