What does it mean to be a “man”?  A “woman”?  There are historical and cultural contexts, of course, but definitions and descriptions have broadened considerably in the past half century.  In large, contemporary thinking about gender centers on power, domination, and the subverting of traditional hierarchies.  “Cult studs,” those at the epicenter of cultural criticism, have come to dominate the intellectual landscape, picking at gaps and chasms and the borders of meaning.  It has been liberating.  And it has been fun.


A few days ago, I had the opportunity to view the photographs that comprise the show you are about to see with a group of first and second year college students enrolled in photography courses.  I wanted to “hear” what they “saw.”  They spoke, of course, of the formal aesthetic qualities of the images, of placement and movement, of light and shadow, but soon enough the discussion turned to content and meaning, and the images assumed a sort of informal narrative, the photographs interacting, the subjects evolving into characters imbued with desire and conflict, expectation and irony.

That is the human impulse, of course--to turn things into narrative.  It is how we learn, and how we make meaning.  And narratives, if they are any good, take on a personal flavor.


“Hey, that looks just like my uncle,” one of the students cried, and the room burst into laughter.  “My dad does that, too,” giggled another.  Indeed, we all knew someone in these pictures which began to coalesce into a strange family album.  And what a family!  The pictures came to speak of what it means to be young, to be old, to be privileged, to be poor, to be isolated or or to be in love.

What we find in “Images of Men and Women” is just that, images of men and women in all their varied forms.  And it is more.  It is the story of who we are as human beings, of what we are and how we do.  It is, in part, a story of the human condition.


The photographers represented in this exhibit allow us to see ourselves in others and as others, perhaps, in turn view us.  They have taken extraordinary lives and made them familiar.  They have given us the familiar and made it strange.  And therein lies the power of this collection.  We are Men.  We are Women.  And we are something else besides. 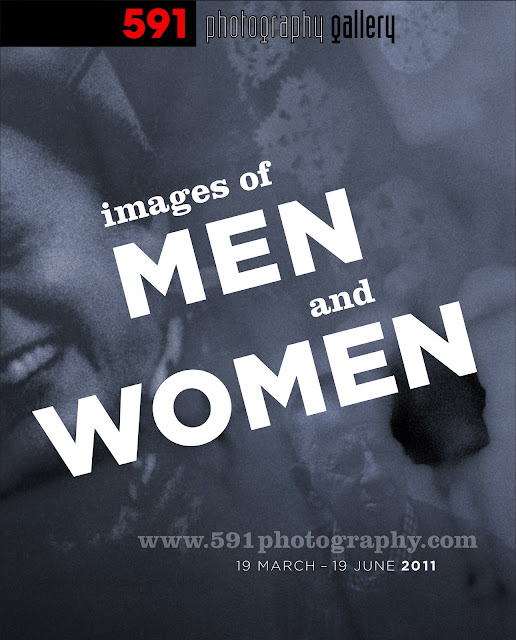 Paolo Saccheri said…
A wonderful exhibition and a very fine introducing text!!
This is another milestone!

I wish to thank all contributors for their remarkable images of women I had the privilege and difficult task to select!!!
There will be more space for some photos to appear later on 591 posts!
23:30

Anonymous said…
I am honored to be a part of it. It is wonderful.

Michael Kirchoff said…
Yet another excellent exhibition, and a wonderful way to ring in the new spring season! I'm grateful to be included with so many incredible photographers. Rhonda, Paolo, Mikael, and Ulf have put together an amazing body of work! Many thanks!
02:12

dick said…
to see the exhibition was a joy, I'm touched by many pictures and the overall impression is great; 591 is a moving force; congratulations to all;
12:46

Valery Rizzo said…
Thank you Rhonda, Paolo, Mikael, and Ulf for including me, I am honored. I really enjoyed the work of Aline Smithson and Michael Kirchoff and so many others. Congratulations everyone.
14:07

br said…
a great exhibition. congrats to all of the photographers!!! it is great to see the work of photographers whose work I wasn't acquainted with before and hope to see more of their work on 591.
00:39

Anonymous said…
the link to watch the exhibit no longer works, can you fix it?
21:39

mrurbano said…
The online exhibition was on display from 19 March to 19 June 2011. But upon request we could consider to show it again during a limited period.
04:28