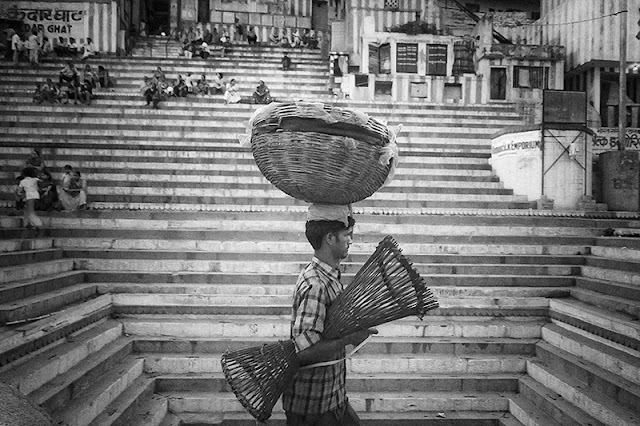 India is by definition a very crowded place. One of the oldest continuously inhabited cities in the world, Varanasi is considered to be the religious capital of India; therefore millions of people visit it every year. 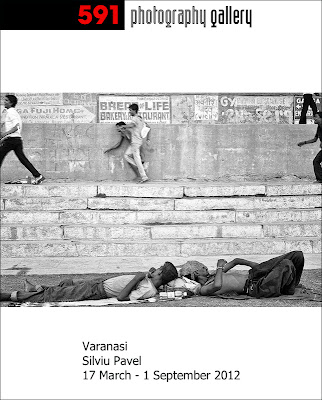 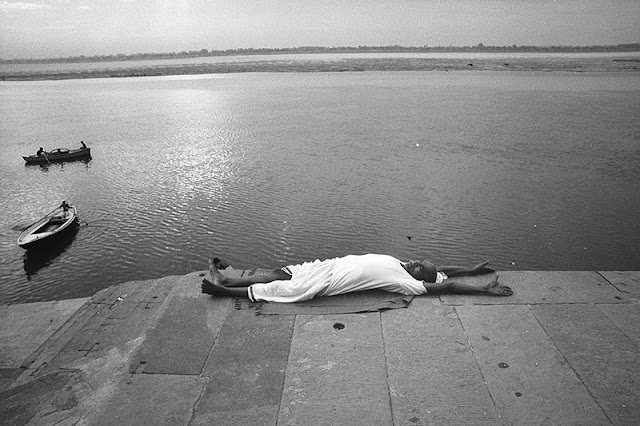 As a tourist you are attracted almost instantly by the cultural and religious events that happen almost every day of the year. You find yourself in the middle of rituals and if you have a camera on you it is very hard to resist not photographing the public ceremonies.
In time, the locals learned that photography is important for everyone that comes in Varanasi. They adapted and started to offer their services for both amateurs and professional photographers. As a result, it is very handy to photograph the ceremonies that are taking place by the shore at night from a boat on the Ganges or to do the forbidden photographs of the burning Ghats from the top of the surrounding buildings. 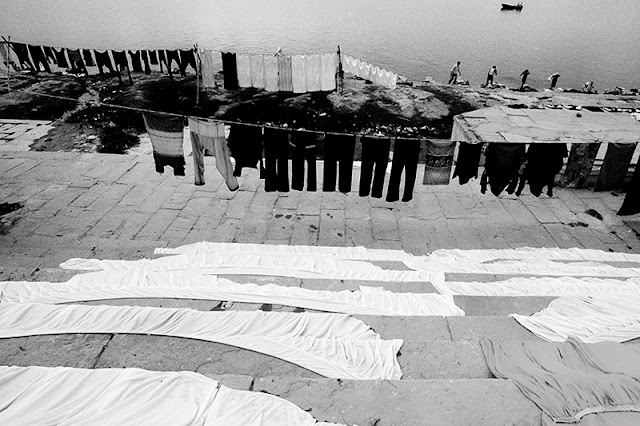 But, after my first impressions passed, I started to look for other things to photograph and I noticed that there is a natural order of things in the backgrounds shapes, the way temples were built, in the way people were aligning clothes after washing them in the river or just shared life together with the domestic animals. Everything seemed combined in a very harmonious manner and I became interested in just presenting this space. Between the sunrise and sunset ceremonies that took place every day I walked along the shore and wanted to capture the people caught in this perfectly arranged environment.

In the end I can say that I was fascinated by the way that different ‘contrasts’ considered at least strange for an European were integrated by this society in a unity of living that developed to this form in thousands of years. 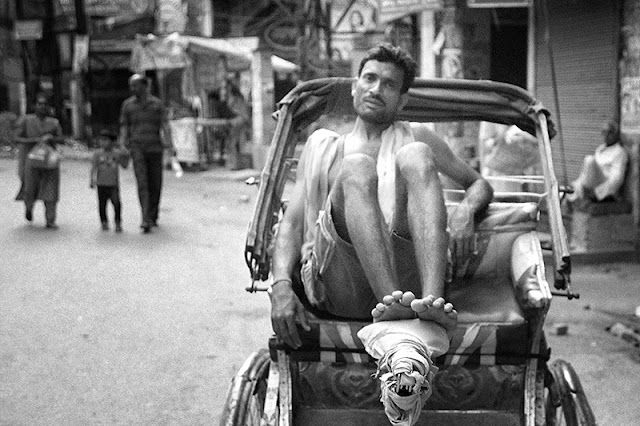